A significant game change for Air. Together, Joeri and Dieter are good for more than 20 Cannes Lions, and they’re the only Belgians ever who can say they’ve won a Titanium. They also gathered fame at Eurobest, Clio, D&AD and One show. More recently, two out of three awarded campaigns at the Belgian “Campaign of the century” election were conceived by them (Push to add Drama/TNT by Dieter, Black Boy/STUBRU by Joeri).

Eric Hollander, Executive Creative Director: “I am very proud they have chosen to join AIR. Yes, they are amongst the most often awarded creative directors. They both have experience in television as well; Dieter used to work at Filistijnen, and Joeri at Woestijnvis. But moreover, they are intelligent strategists, people with a sharp vision. For AIR, the time had come to gear up, not only on creative level, but also in terms of integrated communication. That is why I called them.”

Dieter De Ridder, Creative Director: “This is really the challenge we have been waiting for. AIR houses some big brands, a lot of creative talent and production power, and an incredible craft reputation. Add up our passion for relevant and meaningful ideas, and you understand why we took this opportunity with both hands.”

Joeri Van Den Broeck, Creative Director: “We share another vital point of view: the four of us believe in the same kind of creative habitat, with a lot of attention for coaching, investing in young talent and complementarity. We are also inspired by the social engagement AIR is known for. AIR has been working for Amnesty International for 15 years now, just to give one example. They are ranked high in the Good Report for a reason.”

Stéphane Buisseret, CEO: “Joeri and Dieter will definitely be a crucial accelerator. They will help us to implement recent and future reformations, in order to become a fully integrated agency. It goes without saying that we are enthusiastic to share this news with our clients and the market. We can maintain our mission to be genuine brand builders, with guaranteed creativity and innovation. But there’s more: Dutch is their mother tongue, which is an asset for a company that is often considered to be mostly French speaking. ”

Last but not least: Eric Hollander and Stéphane Buisseret want to thank Gregory Ginterdaele and Marie-Laure Cliquennois for the seven exceptional years by their side. The collaboration was very fruitful and resulted not only in numerous awards, but also in winning the “Agency of the Year” title.

It was time to turn the page. Gregory and Marie-Laure have delivered some great work, which is appreciated within the entire sector. Without them, AIR would not be what it is today. We are very grateful towards them, and respect them as well.

"We had a very exciting ride at AIR, together with our fine teams", says Gregory Ginterdaele. "You could say Eric and Stéphane have handed over their cars to us, and that we were allowed to pimp them. We loved working here. It’s an agency with an exceptional personality and soul. AIR Brussels is a true brand." 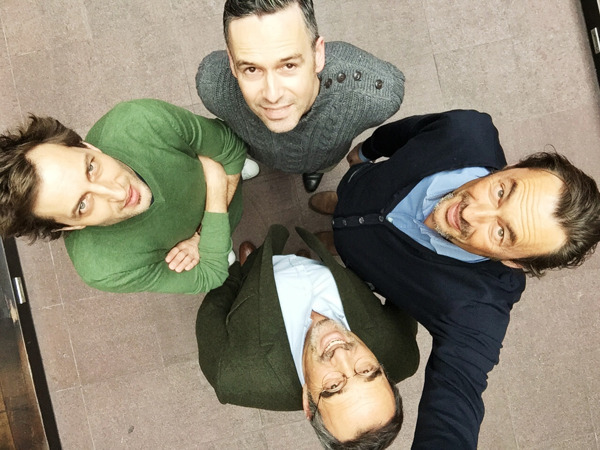 Air is the leading independent agency in Belgium, an exclusive partner of McCann Group. Strategic, creative irrespective of the communication channel and results focused, Air intends to give meaning to the lives of brands, their users and its employees.

Air is committed to being a source of inspiration with a view to a more sustainable world, and an action driver for its employees, clients and partners. On the strength of this commitment, the agency has begun a B Corp certification process. It is already a ‘zero carbon’ company in terms of its own emissions and is able to neutralize the emissions of its clients’ campaign productions, through its proprietary algorithm.