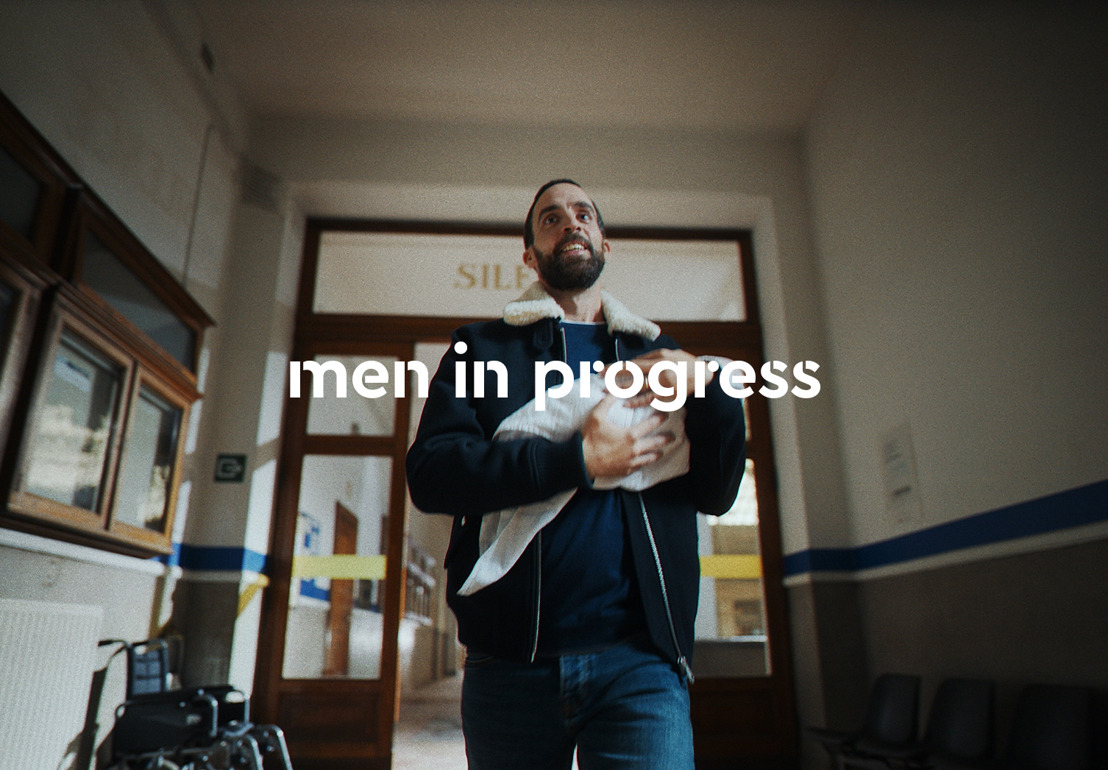 This is not about being woke or green washing, Jules is walking the talk. The goal is nothing less than zero waste, high-quality, sustainable fashion that is built to last. The ambition is to create a movement of men who are aware, positive, sensitive and ready to bring about change, including when it comes to their masculinity. All this can be summed up in the new 3-word brand signature: “Men In Progress”.

To launch its message in a loud and clear way, Jules chose to go back on television. Directed by the French duo Julien & Quentin — they directed the flow of Puma that was seen 15 million times last year — and produced by Hamlet, the one-minute spot tackles major male stereotypes and deconstructs them shot after shot to end up articulating the notion of “men in progress”. Emotional, vegetarian, aware of the environment but nonetheless supportive and in love ...

“Basically,” says Benoît Latron, Marketing Director of Jules, “this offbeat spot is aimed at all the men of today ready to join us in changing men’s fashion and changing attitudes.”

For Arnaud Bailly, CCD at Air, “it was a remarkable experience. I have rarely seen a customer in this sector and of this size — more than 500 stores in some fifteen countries — show so much creativity, both in their communication and in their stores, their product and even their choice of agency: Belgians!”

But the story doesn’t end here.

After their opening salvo, Jules plans to enlarge the debate by joining forces with Ben Névert, the famous YouTuber from France and creator of “Entre Mecs”. The project includes a series of short videos in which a bunch of friends talk about different subjects relating to masculinity, such as “being a good guy”, “flirting”, “breakups”, ...

You can already find the first episode of the series here: https://www.youtube.com/watch?v=FN5UNb6Kw64&feature=youtu.be

Air is Belgium’s top independent agency, and the exclusive partner of McCann Group in Belgium. Strategic, creative on all touchpoints, business driven... Air brings additional meaning to the lives of brands, their users, and to its 120 employees.
www.aironair.be/