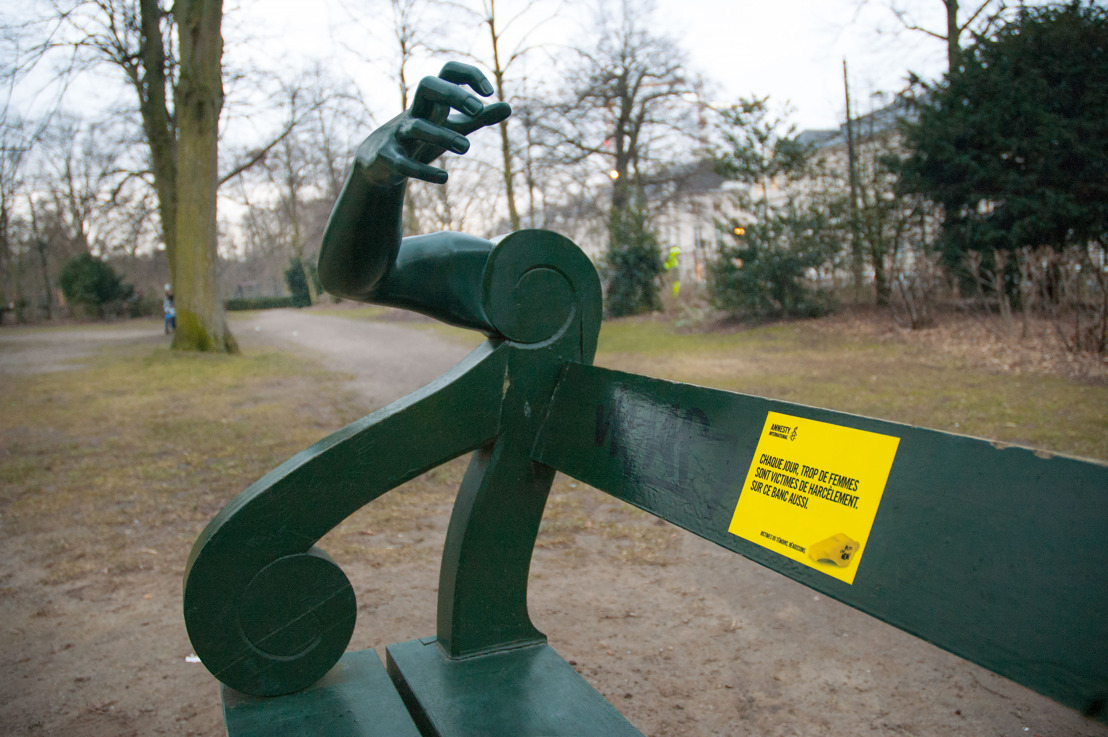 Monday, March 12, 2018 — On International Women’s Day, Air and Amnesty launched a campaign to stop unwanted sexual behaviour. Offensive comments on the street, groping on the tram, obscene gestures in the park … these are just a few examples of things 1 out of 5 women experiences in public space every day. With this enormous number comes an even bigger one: the number of witnesses who do nothing. On International Women’s Day, Amnesty International comes with a clear call: victims and witnesses, let yourselves be heard.

To start the conversation, Air has created a stunt. Common places in the public space were transformed into how women experience them. For example, the armrests of a bench and a bus seat were transformed into obscene and groping hands. Unfortunately, these unwanted intimacies are part of a bus ride or resting on a bench for many women.

"Various studies have shown that the vast majority of women have already been harassed in the public space", confirms Valérie Michaux, campaign and communication coordinator at Amnesty International. "This is a direct attack on their freedom. Everyone must be able to move in complete safety. That is why it is time to react and use all available measures to ensure that women can go in our public spaces without risk. "

The bench can be seen at the Parc Royal in Brussels and the bus seat was installed on the W line from Bruxelles-Midi to Braine l'Alleud. Air made a film about the stunt to launch a clear call via the social channels of Amnesty: let’s create a public space together where everyone feels safe.

Air is Belgium’s top independent agency, and the exclusive partner of McCann Group in Belgium. Strategic, creative on all touchpoints, business driven... Air brings additional meaning to the lives of brands, their users, and to its 40 employees.
www.aironair.be/